This summer was long and intense

I am finishing to work on rather interesting exhibition project. As soon as it will be done I will show you the results.

Today because of Thomas Nowakowski and his Tai Chi School I practice every day which is itself priceless tool to combat trough life difficulties, speak more or less fluently 4 languages, co-organize international Push Hands meetings and all of it when being fully employed designer.

The way to achieve such a efficiency though began long time ago. 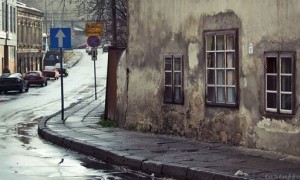 Poland was at the time particular place. Just a few years after we had back our independence from Soviet Union where old ways were falling apart  and NEW was  coming suddenly, changing everything around.

Parts of the country were still in bed shape. Even some places in my favorite and beautiful Cracow looked like from horror movie.

Almost nobody there knew anything about this strange Chinese Tai Chi Stuff.

Thomas was one of the first and crazy enough to dedicate his life for such a creation 😉 If you want to meet him, here is the link to his Facebook page : Thomas Nowakowski

It was even more miraculous as Częstochowa – the town I’m coming from is known in Poland as “Holy City” which means highly Catholic attitude. Though all of those obstacles Ryszard Prokop, one of Thomas instructors has been holding the class there and thanks to him I could study.

So I have started. It went along with my architectural job and studding philosophy at the same time.

At the beginning the most difficult part was to get balance, concentrate and start daily practicing routine.

It takes most of us a lot of effort to break old negative habits.

But if you are dedicated enough it can change your life.

The same as Cracow did: 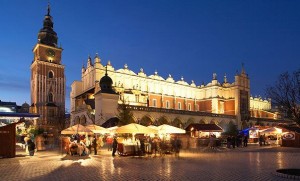 to be continued ….
Trailer

Last week I’ve been to Hannover and done plenty of Tai Chi.

In meanwhile I found time to take some videos and put it together.  Hope you will have fun watching as I have had with Tai Chi and movie making 🙂

I would like to show you a bit of my tai chi life spotted with my camera and edited in I-movie software.
I’m getting more and more interested in movies. Should I get proper video camera?